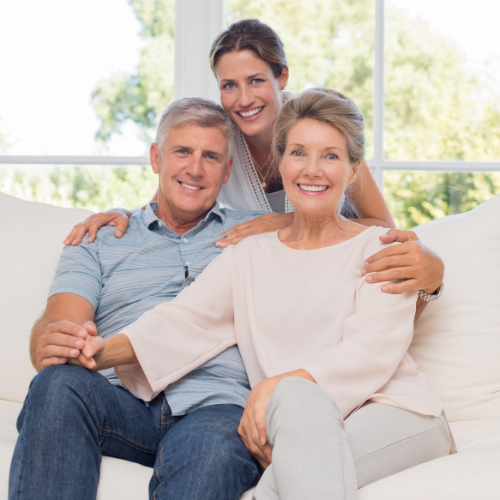 Who’s had ‘the conversation’ with their elderly parents?
by Marc Bineham | 7 September 2021

Estate planning
Elements of ‘The Conversation’
The Money Sandwich webinar

After the Evalesco webinar last week with Jeff, a few people asked questions regarding ‘The Conversation’ – the talk you need to have eventually with your elderly parents. Up until you hit your 50s and 60s this is something you never really think about for your elderly parents. As till then, your parents always seem such strong, healthy people but there comes a point where you realise that age just catches up with them. They may still be active but its just not the same and you just know. Sometimes it happens over time but for a lot of us, it can happen quite suddenly with maybe a fall or a trauma. It is such an important thing to get right, I made this a whole chapter in my book and also wrote this article highlighting some of the major points. Hope you enjoy.

You’ve probably heard the expression, ‘You’ll have to take me out of here in a box’. You may even have heard it from your own parents. Reality, sadly, often gets in the way of this desire. To put it bluntly, some people outlive their ability to look after themselves at home and necessarily need to move into some form of aged care late in their life.

Rather than pretending this will never happen, it is far healthier, and potentially much less stressful for everyone in a family, if you can have a frank ‘What if the worst happens?’ conversation ahead of time, just in case.

Believe me, this is much better than being forced to make hasty decisions on the run in an already high-pressure situation.
Let’s look at the elements of ‘The Conversation’.

Who should be having ‘The Conversation’, and when?

Ideally ‘The Conversation’ is something that you and any siblings will have together with your parents. It should happen when everyone is in a good state of mind, and obviously while everyone – especially the older generation – have the mental capacity to be discussing serious matters.

Try not to spring it on your parents. Flag it ahead of time and arrange a suitable time and location. Ideally this won’t be the parents’ home, where emotional attachment might make the idea of leaving unbearable (and/or it is too easy for Mum to distract herself making tea). Perhaps make an occasion of it – a nice lunch at a quiet restaurant?
Another idea for approaching ‘The Conversation’ is to start with the estate planning topics – for instance, checking that your parents’ Wills exist and are current, and that you all know where the documents are located and who the executors are.

In some cases either you, your siblings or your parents may be uncomfortable with the idea of having this conversation. There can be numerous reasons for this, including the parent-child relationship being reversed or the fear of facing their own mortality.

If this is the case, you could organise a third person to be involved, such as a financial or legal adviser, or simply someone known and trusted by the family of a similar age who will not be a beneficiary of the estate.And, it might take several conversations over several months or even years. The important thing is to start ‘The Conversation’, to bring talking about the future planning of your parents/parents-in-law care into the present.

Decisions don’t have to made straight away. In fact early conversations are more about empowering the older generation to have their say about their future.
If you think getting control over your own finances is a challenge, just think about the shift you’re asking older people to make, so take it gently, have a box of tissues (for both of you) and best of luck.

Watch our webinar with Jeff and Marc here

Find out more about ‘The Money Sandwich’ here